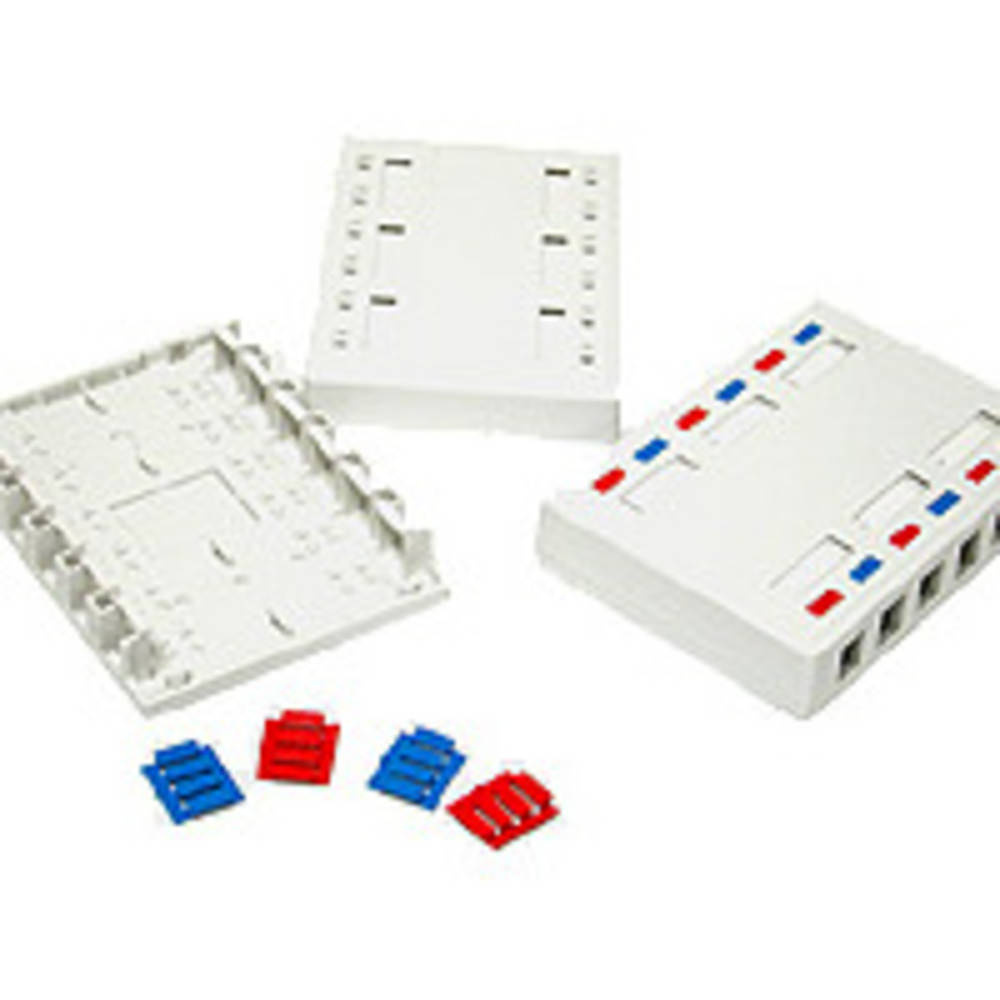 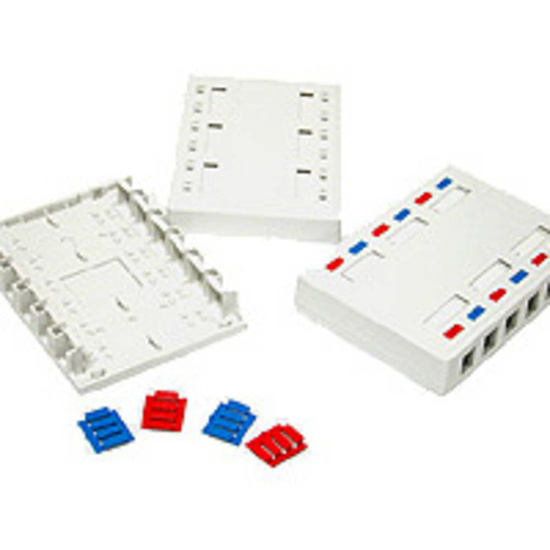 Featuring a compact, easy-to-install design, this box can be used for different configurations of jacks and connectors for maximum installation flexibility. Snap-in inserts can provide a custom-configured system to meet your needs. Breakouts are located on three sides of the box for raceway or cable entry. Modules can be easily snapped out the front of the box so that changes can be made without opening the box. Box has studs for cable tie fastening.

Please Note: Keystone jacks not included and are sold separately.
Color White
Added to Your Shopping Cart
WHERE TO BUY
Specifications

Rated 2 out of 5 by Firemouth from Might be ok with a compatible keystone They were cheap and seemed to do exactly what I wanted, but the problem I have is it doesn't hold the keystone jacks we have properly. We have Belkin keystone jacks, and they snap in, but if you push on it, the jack will dislodge and slightly become detached inside. As far as I can tell, it does not cause the keystone jack to become completely dislodged or cause the cable to become disconnected, but it sure doesn't give me the warm and fuzzy about using them. All the other surface mount boxes hold the keystone jack rock solid. These might be ok with a different keystone jack, but I don't see why it wouldn't work with a popular brand like Belkin.
Rated 1 out of 5 by RVAn from Keystone Jacks do not work in this Surface The advertise of it being for Keystone Jacks is incorrect. I tried it with 2 different manufacturer of Keystone jacks and neither one of them would latch in and stay in place. I returned the units for refund.