The IEEE standard 802.11 wireless technology, also known as Wi-Fi, has been widely popular for wireless networking and has set the bar for users' expectations with other wireless technologies. Wi-Fi technology has the advantage of reaching great distances, typically a range of around 100ft. In addition to excellent range, Wi-Fi has been very successful with computer networking because it is not dependent upon a line of sight between the transmitter and computer. This means that the access point can be placed in a single location of a building and provide signal coverage to multiple rooms. Users with a wireless network available at home or their place of work are most likely using an access point that uses 802.11 wireless technology.

Since Wi-Fi can cover multiple rooms and floors of a building, there is the potential for interference when used in environments with multiple access points or other devices that emit radio frequencies. For example, in an office environment where several access points may be installed, interference between the signals can crowd the frequency band resulting in decreased performance. This interference may also prevent some users from accessing the network. The 802.11 standard has undergone many revisions and improvements since the initial release in 1997.

​​​​​​​Deploying a wireless connectivity solution within a data center application allows users to conveniently access the network and the information stored within the data center. This is critical in applications where users must be mobile, such as a teacher who needs move her laptop around the classroom to help students. Providing a wireless connectivity solution allows the teacher to maintain their connection to the data center and the Internet from any point within the room without a long cable connection.
​​​​​​​​​​​​​​ 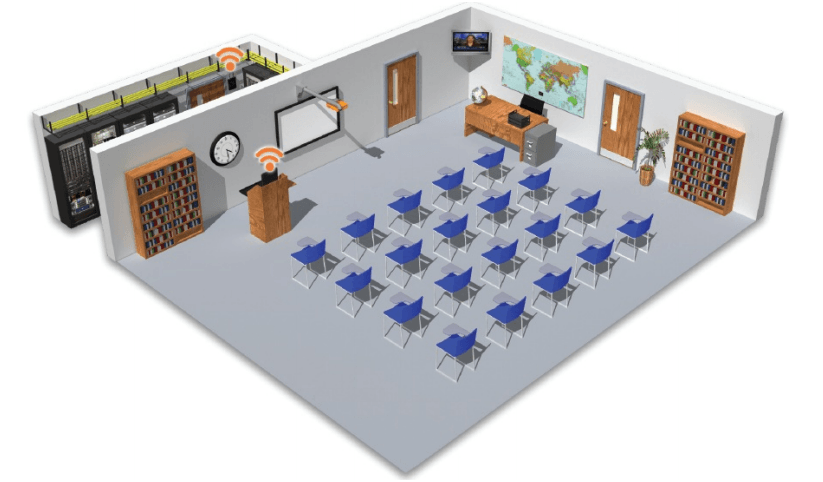