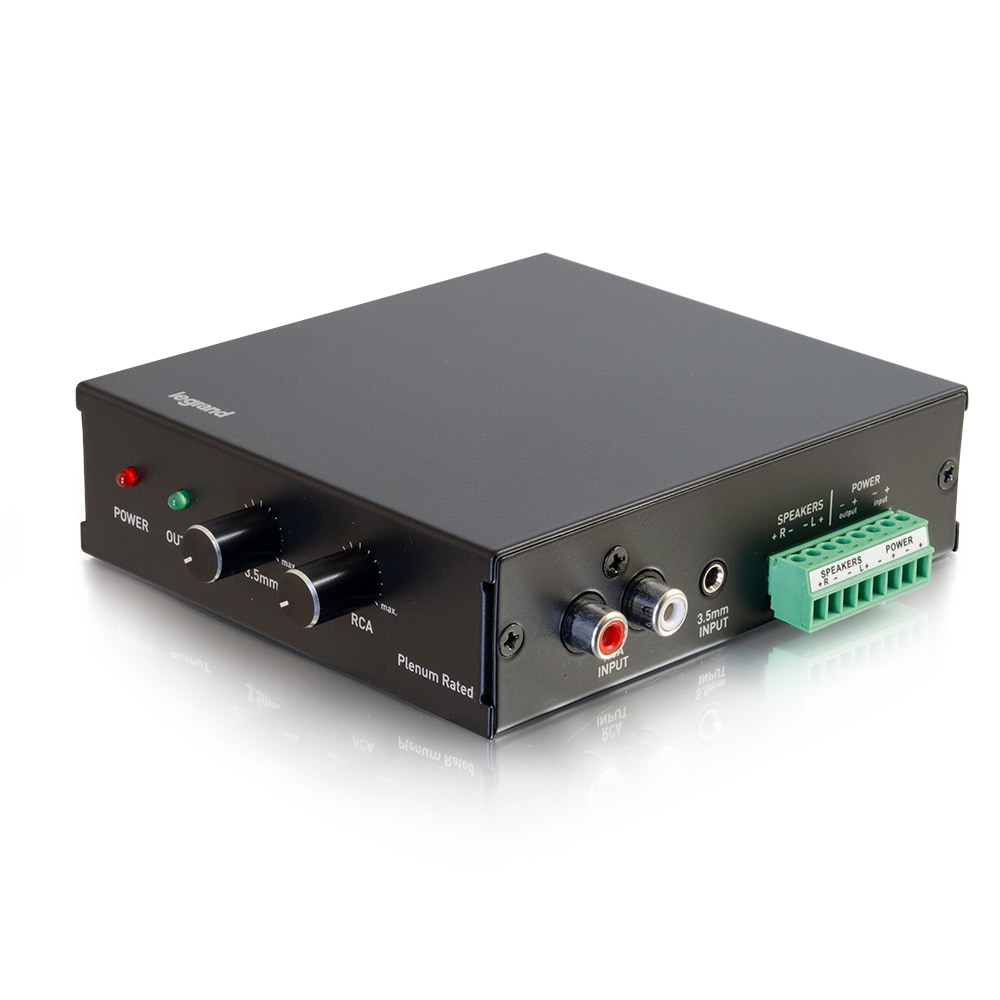 Conducted by third party testing companies, plenum testing is conducted with the main purpose of evaluating smoke and heat release. In general, products are subjected to an open flame ignition source and evaluated using a product calorimeter. The purpose of the test is to determine the rate of heat release and the rate of smoke release of the burning product samples as they relate to the requirements for fire-resistant and low-smoke-producing characteristics as outline in the following: National Electric Code, NFPA 70; the International Merchanical Code, NFPA 5000; and the Standard for the Installation of Air Conditioning and Ventilating Systems, NFPA 90A.

In December 2010 Intertek, a well-known global testing company, conducted plenum tests on the Audio Amplifier (#40100). The following test and evaluation method was used:

"All instrumentation was zeroed and calibrated prior to testing. The test specimen, after conditioning to 73°F and 50% R.H., was placed on the specified test frame/enclosure. The 12" x 12" x 4" propane test burner was centered under the specimen and the test was started. The test specimen was exposed to a direct flame impingement with a heat release rate of 60 kW (92 cubic feet per hour). The test was conducted for 10 minutes at which time the gas burner is shut off."

The specimen was placed in the test enclosure and tested at 3:43pm on December 13, 2010. The ambient temperature was 74°F, with a relative humidity of 31%. The data recorded includes: Smoke Release Rate (SRR), Heat Release Rate (HRR).

Interek Testing Services NA has conducted testing for Lastar™ Inc. on the "40W Classroom Audio Amplifier", Part No. 40100, to evaluate heat and smoke release. Testing was conducted in accordance with UL 2043, Third edition dated August 20, 2008, Fire test for Heat and Visible Smoke Release for Discrete Products and Their Accessories Installed in Air-Handling Spaces. The specimen tested MET the requirements of this test method.