BENEFITS OF DIGITAL SIGNALS IN THE CLASSROOM

Most professionals would agree that digital audio and video signals provide an enhanced user experience when compared with traditional analog signals, such as composite or VGA. Many consumers have long recognized the benefits that digital signals, particularly HDMI, provide in their home theaters, where equipment is geared for audio/video-intensive applications such as gaming, watching movies and listening to music. However, in most classrooms, analog connections have been the standard connectivity solution for equipment such as laptops, projectors and DVD players.

Recently, however, audio/video connectivity has seen a higher adoption rate in classrooms due to several factors. First, many "21st century" or "connected classrooms" are undergoing their first upgrades since their initial installation three to five years ago. Second, the new equipment being installed now comes standard with digital connections such as HDMI, DVI or even DisplayPort. Lastly, equipment is becoming less expensive and, therefore, more attainable for schools. For example, Blu-ray players are now replacing DVD players; document cameras are replacing overhead projectors; and single integrated control systems are replacing all of the remote controls.

Digital signal transfer involves storing, processing and transmitting information through the use of electronic or optical impulses that represent the binary digits 0 and 1. Analog signals, on the other hand, use electrical impulses to emulate the audio waveform of sound by varying the amplitude of an electrical signal. For example, when using a phone, the variations in sound produced by a person's voice are transformed by a microphone into similar variations in an electrical signal and carried down the line.

Digital signals have distinct advantages over analog signals. First, they maintain quality better than analog because they are less susceptible to interference. Digital signals have two values (1s and 0s), whereas analog signals have virtually an unlimited number of values to transmit information. This is important because digital signals can be corrected more easily at the device. For example, if incomplete digital information is transmitted to a device, the device can approximate it as either a 1 or a 0. In analog, missing information can be too difficult to accurately approximate, and is therefore simply omitted.

Second, because digital has a higher bandwidth, more information can be transferred using fewer cables or connections. As an example, HDMI is able to carry both audio and video signals over a single cable. In contrast equipment using VGA and audio must also utilize a separate connection for audio such as a 3.5mm audio cable. Lastly, signal conversion is much cleaner when transferring digital to digital. For example, digital content, such as that provided by a Blu-ray disc is much higher quality when output from a digital port on the Blu-ray player, through a digital cable and to a digital input on the display. In fact, the content is replicated exactly as long as digital to digital is used. Conversely, there is no guarantee of quality when digital content is transferred using an analog connection. In a classroom setting, digital cables provide the best solution for displaying digital content such as a Blu-ray disk.

When considering a digital infrastructure or connection scheme, there are several aspects to consider. Digital cables have distance limitations that differ from that of analog cables. The rule of thumb for DisplayPort cables, as an example, is about 50ft. The distance limit of VGA cables is longer at 50-75ft, and composite/component limits are even longer at 150ft. That does not mean digital signals cannot be extended, however. Devices such as "over Cat5" solutions can extend digital signals over standard network cabling. Maximum distances achieved are approximately 300-500ft. These devices add cost to the installation and also provide an additional potential point of failure.

Another consideration is that digital cables, in some cases, require additional analog cabling for audio. For example, DVI cables provide video transfer only. Further, digital cables are either all or nothing, meaning the complete content is seen/heard or nothing is seen/heard, there is no in-between. As such, when enough interference is introduced into the system, as is the case where digital cables are installed too close to an AC power source or fluorescent lighting, users may experience the "digital cliff effect" where the signal is completely lost. If a teacher is in the middle of showing the class a movie and this happens, the lesson is disrupted with little chance of relief unless the cable is moved or the interference is eliminated.

A final consideration for digital signals is the life span of the actual connector. While most cables are manufactured to specific standards, there is a limit to how many times the connector can be connected or disconnected. On average a digital connector, such as HDMI, has a life span of approximately 100 insertions/extractions. The flat design of the pins in the connector is the contributing factor to the limited lifespan. Connecting and disconnecting the cable multiple times causes wear on both the male connector of the cable and the female connector of the device. Eventually the pins within the connector will degrade to a point where it is no longer possible to pass a signal. To correct this problem either the cable or device must be replaced. 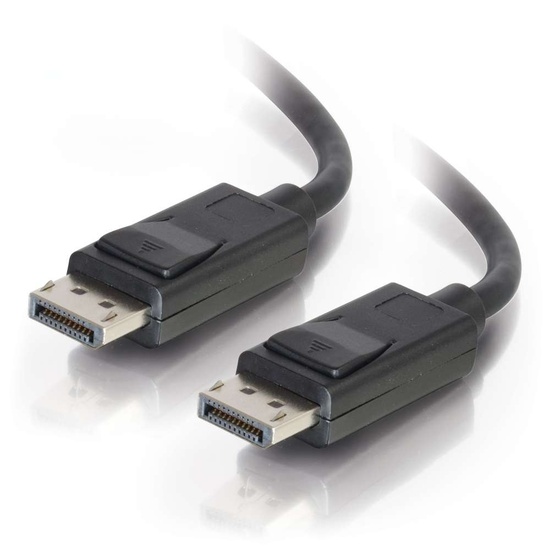 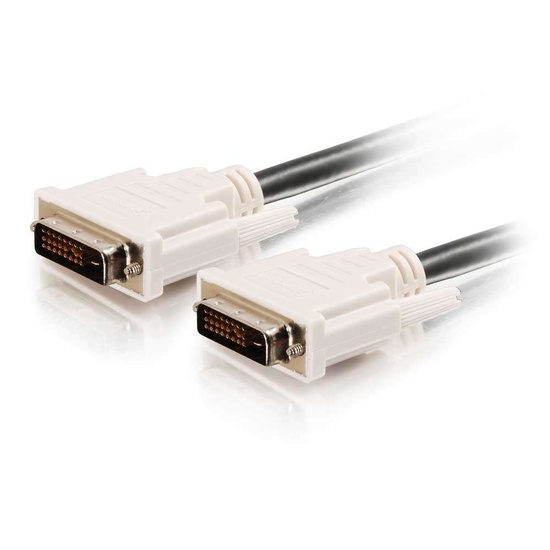 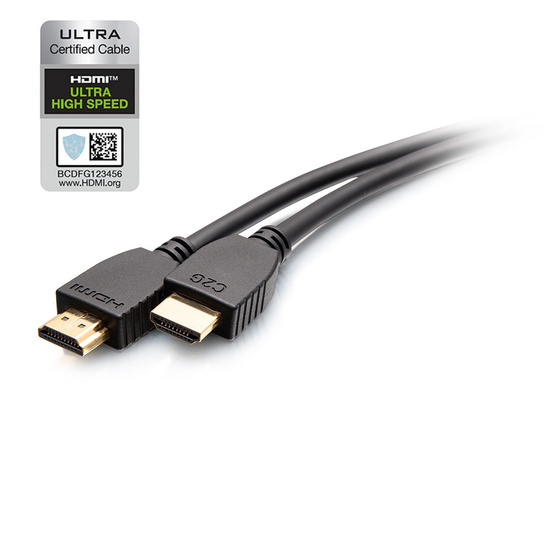 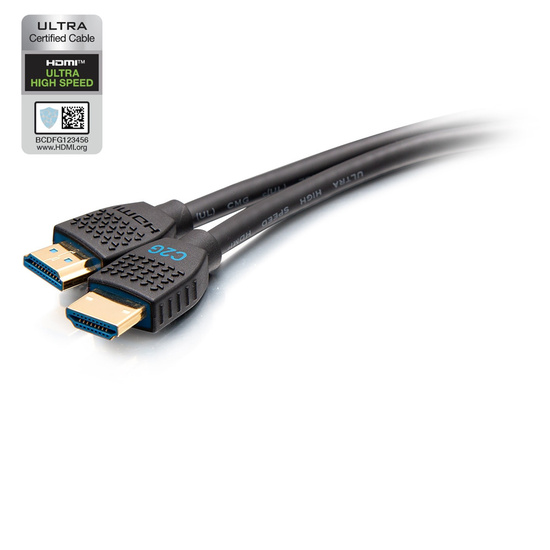 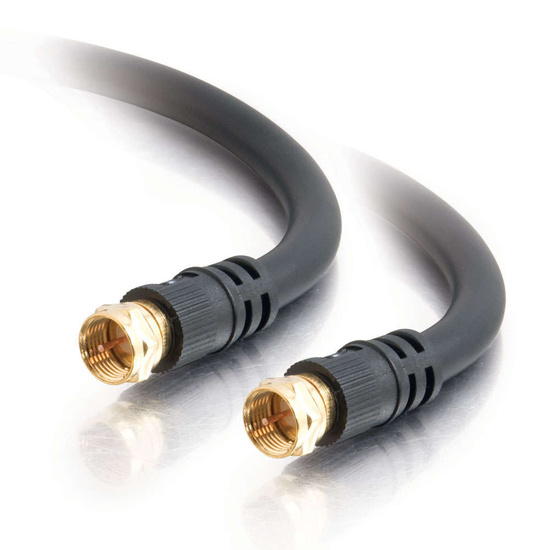 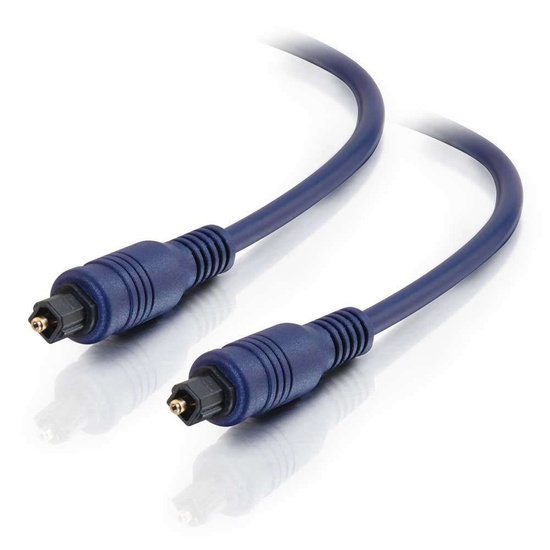 This white paper is for informational purposes only and is subject to change without notice. C2G makes no guarantees, either expressed or implied, concerning the accuracy, completeness or reliability of the information found in this document.